When looking at children to determine if they are victims of sexual abuse or just being curious about their bodies, we need to know what is normal and what is abnormal behaviors. The following is a list of what can be considered appropriate and inappropriate sexual behavior for children

Will have questions and express knowledge relating to:

Will explore genitals and can experience pleasure. 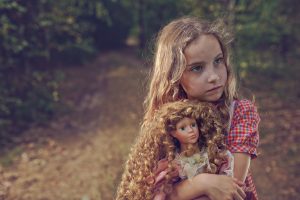 Having knowledge of specific sexual acts or explicit sexual language.

Will need knowledge and have questions about

Experiment with same-age and same gender children, often during games or role-playing.

Having knowledge of specific sexual acts,

Behaving sexually in a public place or through the use of phone or internet technology.

Hormonal changes and external influences, such as peers, media and Internet, will increase sexual awareness, feelings and interest at the onset of puberty.

Will need knowledge and have questions about

Behaving sexually in a public place.

Will need information and have questions about

Sexual experimentation between adolescents of the same age and gender is common.

Voyeuristic behaviors are common in this age group.

First sexual intercourse will occur for approximately one third of teens.

Should Athletes Be the Only Ones Punished For Sexual Assault?Questioning the Polygraph